Children of Mark Allan Embretson and Carol A. Fredrickson

Stacy Embretson is the daughter of Mark Allan Embretson and Carol A. Fredrickson.

Christina Erickson is the daughter of Rodney Erickson and Mary Faith Squires.

Following from the book HISTORY OF FREDERICK COUNTY, MARYLAND, by T.J.C. Williams, reprint of the 1910 edition, Published in 1967 by Regional Publishing Company, page 1305.
Samuel A. Eury, farmer, resides in Linganore District, Frederick County, Md., son of Samuel and Mary (Lugenbeel) Eury, was born on the farm on which he now lives, in Linganore District, July 19, 1841.
Mr. Eury's ancestors were Germans. His grandfather, Samuel Eury, spent his life in farming, at first in Linganore, and later in Liberty District, where he owned the farm that is now the property of Luther Harn, of Unionville, Md. He was married to Miss Boyer.
Samuel Eury, father of Samuel A. Eury, was born on his father's farm in Frederick County, and received his education in the schools of his native county. His whole life was devoted to the cultivation of the soil.
After his marriage, he purchased his homestead, the farm on which his son, Samuel A., resides. Samuel Eury was married to Mary, daughter of William Lugenbeel. Their children are: 1, Margaret (Mrs. Abner Harn), deceased; 2, Susan (Mrs. William Brightwell), deceased; 3, Lydia (Mrs. Dennis Butler), deceased; 4, John William, deceased, a brave soldier, fought all through the Civil War as a private in the Seventh Maryland Regiment, married Miss Allison; 5, David Washington, deceased; 6, Mary Ellen (Mrs. Evan J. Aldridge), of Frederick County; 7, Samuel A. Mr. Eury died at the homestead in 1869, aged sixty-nine; his wife died on the home farm.
Samuel A. Eury received his education in the public schools of Unionville, Md. He grew up on his father's farm and was set to ride the saddle horse when he was a very small boy. Mr. Eury worked hard, assisting with all the work of the place, and after his father's death rented the homestead from his mother. When she died, Mr. Eury purchased the property, which he has improved in every respect. He is an intelligent farmer, and a reliable citizen, highly esteemed in the community. He is a staunch Republican.
Samuel A. Eury was married, in 1869, to Annie Elizabeth, daughter of Jacob and Elizabeth (Gilbert) Zumbrun. Their children are: 1, Harry, married Elizabeth Bryant, resides in Kentucky; 2, Jesse, married Jennie Lee Watson, resides in Kentucky; 3, Stanley Benton, married Bessie Appleby, has two children, Annie and Cecil. Mr. Eury and his wife are members of the Methodist Episcopal Church. Mrs. Eury died in February, 1903; she is buried in Linganore Chapel.

Barbara Evans Zimmer age 81, of Indianapolis. A loving family, devoted friends, and the Indianapolis arts, cultural and educational communities mourn the passing on Saturday, August 7th, of Barbara Evans Zimmer. Born Barbara Jean Evans in Minneapolis on December 13, 1929, she grew up in different towns throughout the Midwest. She attended the University of Chicago on a scholarship and graduated with a B.A. (cum laude) in 1949. It was at Chicago that she met and married Karl Zimmer, her husband of 61 years. The couple, and eventually their three children, lived for several years in Denmark and the Netherlands, before returning to the United States in 1963. After moving to Indianapolis in 1964, Barbara earned her Secondary School Teaching Certificate and an M.A. in History from Butler University in 1970. She was passionate about giving to others. She applied the same selfless energy to being a wife and mother as she did to her volunteer work and her teaching. She was a counselor and friend to many from all backgrounds and walks of life. She sought neither honors nor recognition, but truly enjoyed enriching other people's lives. And it was experiencing the accomplishments of others, knowing she had made a difference, that gave her so much joy. Barbara Zimmer's volunteer work would fill volumes. She became active in the Indianapolis League of Women Voters, and later became President of the Indiana League. She was a member of the Unigov Task Force, Greater Indianapolis Progress Committee; Chair of the Indiana Employment and Training Council; President of Crossroads Guild; Member of the Board and later Treasurer of the Board of Trustees of the YWCA; President of the Indianapolis Woman's Club; President of the Indiana Women's History Archives Board; and member of several not-for-profit boards including the Charles A. Tindley Accelerated School, Dance Kaleidoscope, and IUPUI University Library. For 16 years, Barbara taught in the Writing and ESL Programs in the English Department at IUPUI. She was an original staff member of the Writing Center and Visiting Teacher from the Writing Center to other schools and departments. In 1994 she was selected to initiate and teach expository writing at Ikatan University in Kajang, Malaysia, in a program of the School of Liberal Arts at IUPUI, whereupon she and Karl moved to Malaysia for two semesters. Prior to that, she had been appointed Staff Writer for the Indiana Department of Education Curriculum Advisory Council documents on education reform, and was the editor of Indiana Schooling for the 21st Century. An endowed chair at the Indiana Center for Intercultural Communication at IUPUI and endowed scholarships at The College, University of Chicago, testify further to Barbara's commitment to the Humanities in higher education. Among her honors were the IUPUI Chancellor's Award for Excellence in Teaching; the Don Mobley Award for Associate Faculty; the Distinguished Faculty Service Award of the IUPUI School of Liberal Arts; and the Outstanding Service to the Malaysia Program Award from the Purdue School of Engineering and Technology. She was proud to have been appointed a Sagamore of the Wabash. In addition to the time she spent in community service work, she and Karl were avid world travelers. And to Barbara, few things were more enjoyable than tennis. For forty years she met on the court three times a week with her tennis buddies ("my support group"): dear friends who exchanged confidences as often as lobs and passing shots. Barbara was preceded in death by her brother, James Harrison Evans IV, and is survived by her sister, Mary Evans Fox (Burr Ridge, Illinois); her husband, Karl; their three children, Kaarina Ann Zimmer (The Hague, the Netherlands), Karl R. (wife Minna Andersén) Zimmer III (Plainfield, Indiana), and Erik Hunter Zimmer (The Hague, the Netherlands); two grandchildren, K. Ryan Zimmer and Alexandra Nicole Zimmer, and their mother, Peggy Figg Zimmer (Mooresville, Indiana). The family has planned private funeral services. A memorial service will be held later. If you wish to make a memorial gift, both the Teachers Wish Fund at the Charles A. Tindley Accelerated School and Dance Kaleidoscope were dear to Barbara's heart. Funeral Arrangements have been entrusted to Flanner and Buchanan Funeral Center - Broad Ripple. Those who wish to share thoughts with the family may do so by visiting their online guest registry at: www.flannerbuchanan.com.

Published in The Indianapolis Star on Aug. 15, 2010
https://www.legacy.com/obituaries/indystar/obituary.aspx?n=barbara-zimmer&pid=151473076.5 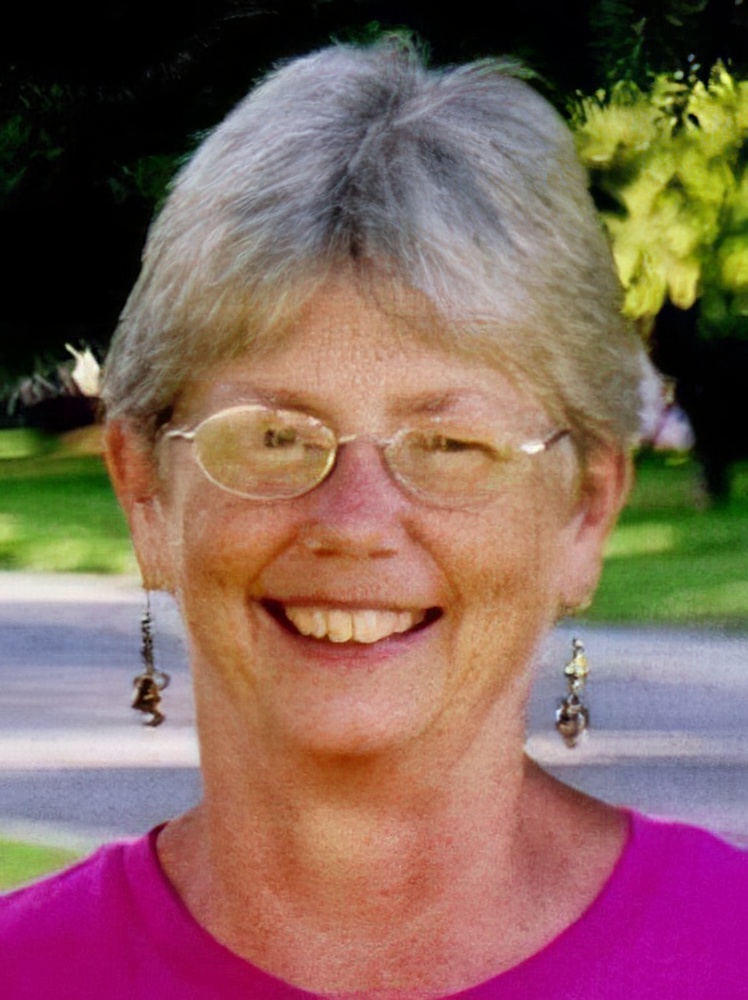 Evelyn Marie Vallely passed away February 17, 2007, in Vancouver, WA, at age 61. She was born December 11, 1945, in Richland, WA, to James Robert and Edna Pauline Evans. Evelyn treasured her family and cherished every moment with her grandchildren. She enjoyed cross stitching, reading and football games. Her other joy was serving as "the lunch lady" for 18 years at Covington Middle School. She is survived by her husband of 38 years, David Matthew Vallely; daughter, Shannon (Garth) Nestaval; son, Robert (Alena) Vallely; grandchildren, Jaelyn Vallely, and Cody and Mia Nestaval; brothers, James and John Evans; sisters, Carol Hutchison, Helen Warren and Eileen White. She was preceded in death by her mother, Edna Pauline and father, James Robert Evans. A memorial service will be held Friday, February 23, 2007, 10:00am, at Evergreen Memorial Gardens Funeral Chapel in Vancouver, WA. A viewing will be Thursday, February 22, 5-9pm. Memorials may be made to The American Diabetes Association or Salvation Army.
Published in the Columbian on 02/21/2007.2