Amanda Straw is the daughter of Leslie Elden Straw and Frances Benedetti.1 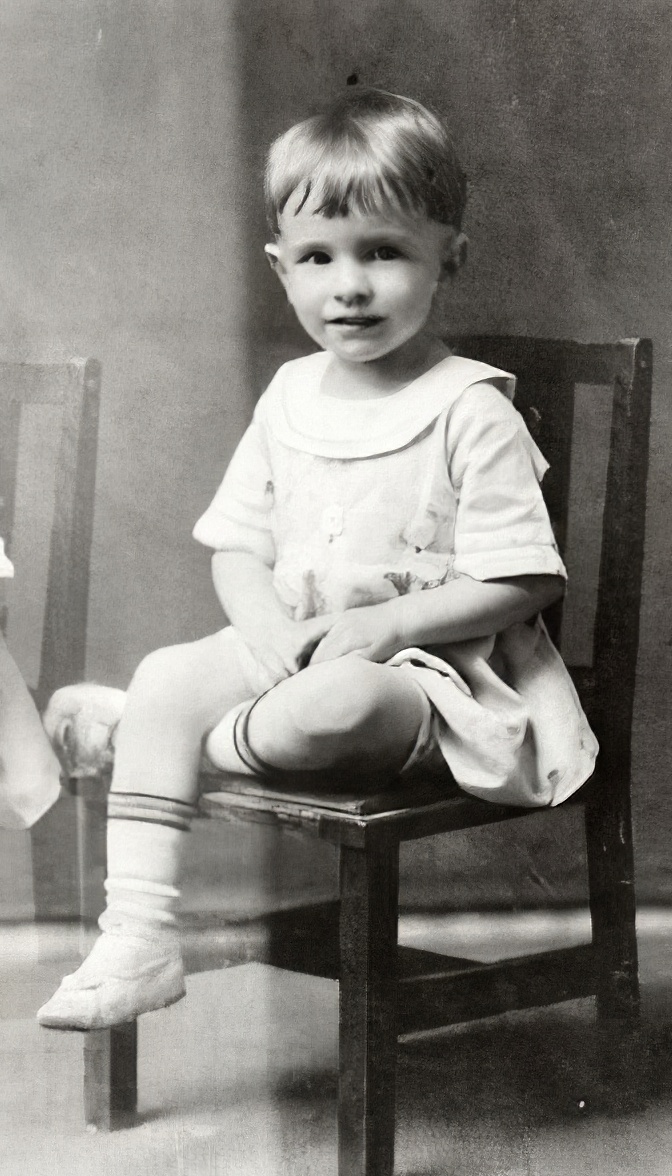 Donald Streeter at 2 years and 7 months.
Donald Streeter was the son of David Herbert Streeter and Jessie Gertrude Harn. Donald Streeter died before 1911.
The cause of death was died young. Not find Donald in the Birth or Death Records, Rice Co., MN.

Betty W. Howell - Sweetwater County ObituariesBetty W. Howell, 85 of Rock Springs, Wyoming passed away on Saturday, February 21, 2015 at her home. She was a resident of Rock Springs and a former long-time resident of Casper, WY. Mrs. Howell died following a lengthy battle with Alzheimer’s disease.
Betty was born January 22, 1930 in Casper, WY. She attended schools in Casper and graduated from Natrona High School in 1948.
Betty married Robert S Johnson and had three children Robert S, William J, and John R Johnson. Betty and Robert eventually divorced and she later married Ed McMackin and they had one daughter, Carrie Lynn.
Betty was employed by Mountain Bell Telephone Company where she started as a switch board operator working her way into a front office position. She was one of two women that were offered positions with the company that were considered a “man’s position” at the time. They were also the first to receive equal pay to their counterparts. She retired with Mountain Bell as a Second Level Supervisor.
Betty believed that her sons should have the opportunity to hunt and fish, and she took her sons and nephews fishing and camping when they were younger. She continued to hunt and fish with her sons even as they became adults. She loved deer and antelope hunting on the prairie as well as elk hunting in the mountains with her brother, sons, and grandchildren. She also loved going fishing in Wyoming’s mountain streams and lakes, and she even made it to Canadian waters. Betty also adored her opportunity to be a mother to her daughter, and she enjoyed doing things with her including shopping and helping her excel in her school activities.
Betty loved to travel and she enjoyed visits to California, Las Vegas, and it wasn’t unusual to find her in Deadwood, SD playing a slot machine. After her retirement she even traveled to Atlanta, GA where she visited the Coca-Cola factory and had wonderful stories of her trip to share with her children and grandchildren.
Betty had an unselfish and endless love for her family. She would travel near and far to watch the events that her grandchildren participated in including basketball, wrestling, and hockey. All of her grandchildren brought her great joy, and she would hold her grandbabies for hours.
Betty is survived by three of her four children, Robert S (Ava) Johnson of Recluse, WY, William J Johnson of Rock Springs, WY, and Carrie L (David) Lee of Casper, WY. Twelve grandchildren, (Robert) Stacy, Wes, Rebecca, John, (William) Shawn, Ryan, Joshua, Christian, Gabriel, Jordan, (Carrie) Austin, Aubree. Seventeen great grandchildren, sister Viola Bullington, sister-in-law Georgia Fay Struck, and numerous great nieces and nephews.
A Mass of Christian Burial will be celebrated at 10:00 A.M. Saturday, March 7, 2015 at the Our Lady of Sorrows Catholic Church, 116 Broadway, Rock Springs, Wyoming. A Parish Rosary will be recited at 6:00 P.M.Friday, March 6, 2015 at the Vase Funeral Chapel, 154 Elk Street, Rock Springs, Wyoming. Inurnment will be in the Rock Springs Municipal Cemetery. Friends may call at the Vase Chapel on Friday one hour prior to the rosary and on Saturday morning at the Church, one hour prior to services.

'He was their angel'

By LAURIE CREASY
Star-Tribune staff writer
David Dean Struck was the most eloquent of teachers, though he never spoke.

"David was totally reliant on other people's care," says Sue Pavelik, a former nursing manager at Southwest Wyoming Rehabilitation Center in Rock Springs, where David lived until his death on Jan. 3. "And yet he taught me more about life than anyone except my own child. In his world, we were the different ones."

He needed patience as others fed, bathed and clothed him. He needed creativity in order to make his needs known.

"He almost walked, but he never talked," his mother, Fay Struck, recalls. "He communicated with his eyes, and you just knew what he was thinking. You wanted to do for him."

If he was happy, Sue said, David would rock back and forth contentedly. If he was uncomfortable, his eyes would get wide or he would squirm.

David was a beautiful young man. "He had the thickest black hair I've ever seen," Sue recalls, likening it to the hair on one of her childhood dolls. "He had big brown eyes and thick, thick, thick black eyebrows. He was George's clone."

Despite his normal birth, the Strucks realized David wasn't like other children. University of Utah doctors diagnosed brain damage -- but could not pinpoint the cause. They could do nothing.

Besides, they told the Strucks, children like David usually died before the age of 3.

The Strucks brought their son home and lavished love on him. They took him everywhere, even on camping trips. "He was such a cuddly little thing," Fay remembers.

He lived with them for 12 years, but it couldn't last.

"He just got too big to lift," Fay says. She and George sent him to the Wyoming State Training School at Lander, where he lived for 19 years. Fay and George visited him there two or three times a month. The school was good for David, she remembers; the staff took him camping and horseback riding, and he made many friends.

Befriending David was easy. Something about him drew people, even strangers. "There was nobody that didn't like him. He had a very contagious smile," Sue recalls, "and when his parents came into the room, he lit up."

As Fay and George aged, the trip became harder on them.

"We started missing him a little too much," Fay says, "so we brought him home. He was still the same sweet little guy." They moved him into the rehabilitation center.

When Sue first met the Strucks, she says, "I thought, 'My God, I'm never going to be able to please these people!' Then I realized they wanted things to be a certain way because they loved him so much. He has an amazing family."

One client at the center made sure he had one of her stuffed animals every day. "She mothered him to death," Sue recalls. Another kissed him on the head every time he passed.

David fell ill often, and sometimes he had to be fed through a tube. Sue recalls reintroducing him to solid food, an applesauce-consistency concoction the staff wasn't sure he would like. He rolled it around in his mouth, tasting and testing. "Then he let out a cry and made this wonderful face," Sue says. "He was so excited -- like a baby bird opening its mouth for a worm."

Time after time, David bounced back from bouts of pneumonia. His caregivers got so used to his resiliency that when he finally succumbed, they were shocked.

At the viewing, one caregiver fell apart. Another -- pregnant at the time -- drove in from Salt Lake City for the viewing, then drove back the same night. "There was a lot of laughter ... and a lot of tears," Sue says of the viewing.

"I think about him every day," Sue confesses. "He was sent to teach the rest of us."

He was George's best buddy. He was Fay's pride and joy.

He was born Sept. 2, 1970, in Rock Springs. He was one of the first students at the Child Development Center, which he attended for eight years. He was taught by Karen Oldfield for one year. He then moved to the Wyoming State Training School in Lander where he lived for 19 years. He then moved back to Rock Springs and resided at the Southwest Wyoming Rehabilitation Center until the time of his death.

The Rev. Carl Beavers will officiate. Interment will be in the St. Josephs Section of the Rock Springs Municipal Cemetery. Friends may call on Sunday at the Vase Chapel from 6-8 p.m. and again at the chapel on Monday morning until time of funeral services. Pallbearers include Dan Struck, Steve Nichols, Bob Legerski, Matt Legerski, Phillip Nichols, Dan Nichols and Steve Redman. Honorary pallbearers include, George Bullington and Buddy Kaumo.2

Dewey Struck was born in March 1900 at New Mexico information from 1900 New Mexico Census. He was the son of George Struck and Juanita Teresa Tafoya.