Following from The Red Wing Daily Republican 13Apr1898 (Wednesday), 1:3.
Mrs. S.H. Purdy died last night, at 11 o'clock, at her home on East avenue. Mrs. Purdy was born in the state of New York in April, 1819, and was therefore 79 years old. She has been a resident of this county for thirty-four years. Her husband and one son, David Purdy, of Burnside, remain to mourn her death. She was a woman held in high esteem by a host of friends for her many admirable traits of heart and mind. Her death will be sincerely mourned. The funeral services will be held tomorrow afternoon, at 1:30 o'clock at Christ church, Rev. C.H. Plummer, of Lake City, will officiate.

Child of John Willets and Betsy (?) 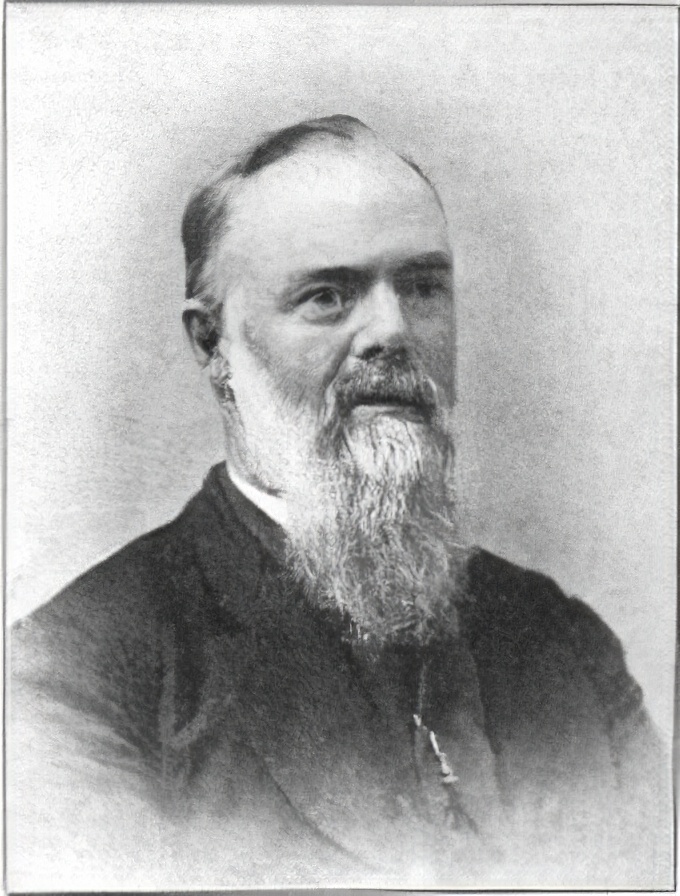 Following from book, PAST AND PRESENT OF ADAMS COUNTY NEBRASKA, Volume I, Judge Wm. R. Burton, editor, pub in 1916 by S.J. Clarke Publishing Co., pg 376.
Doctor Williams was a graduate of Hamilton College, New York, and at different times held pastorates with the Free Baptist Church at Carolina Mills, R.I; Pawtucket, R.I; Lawrence, Mass; Minneapolis and Fairport, Minn. He served as the head of several schools among others, principal of the Nebraska State Normal at Peru and Oakland City College, Oakland, Ind. Among his literary productions are "History of the Free Baptists in Rhode Island," "History of the Free Communion Baptists," "Four Years of Co-operation in Nebraska," "The Church and Its Institutions" and a biography of Rev. Benoni Stinson, the originator of the General Baptist denomination in the United States.

Following from book, PAST AND PRESENT OF ADAMS COUNTY NEBRASKA, Volume I, Judge Wm. R. Burton, editor, pub in 1916 by S.J. Clarke Publishing Co., pg 341.
On February 8, 1878, A.D. Williams, who had established a weekly paper in Kenesaw, the Kenesaw Times, removed the plant to Hastings and changed the name of the paper to the Central Nebraskan. In 1879, Mr. I.D. Evans, now of Kenesaw, was associated with Mr. Williams in the publication of the paper. After the Central Nebraskan had been published about two years the name was changed to the Hastings Central Nebraskan.

Following from book, PAST AND PRESENT OF ADAMS COUNTY NEBRASKA, Volume I, Judge Wm. R. Burton, editor, pub in 1916 by S.J. Clarke Publishing Co., page 367-368.
It is fortunate for the annals of Kenesaw that the first actual settle in that vicinity, Dr. A.D. Williams, was a man who wielded a facile pen and also had a penchant for making accurate records. "The railroad was laid out across this section and finished," wrote Doctor Williams, "in June, 1872, through to Kearney. The Kenesaw townsite was laid out a little before but the depot was not built until along in the fall-I believe the latter part of October or the first of November." Mr. Williams' house on the southeast quarter of section 26, 8, 12, was designated by the government as the location of the postoffice, and A.D. Williams appointed postmaster.
The first permanent settler anywhere near Kenesaw was A.D. Williams on the southwest quarter of section 28, 8, 12, August 16 1872. He came thither in a 'prairie schooner,' and he with Mrs. Williams, Katie and George lived three weeks in the covered wagon box, setting up the cook stove outside of it, in a kitchen bounded only by the horizon. A.D. Williams died in Kenesaw July 9, 1894.

Following from book, PAST AND PRESENT OF ADAMS COUNTY NEBRASKA, Volume I,
Judge Wm. R. Burton, editor, pub in 1916 by S.J. Clarke Publishing Co., pg 373.
A.D. Williams account of Kenesaw School District: "Early in 1873, it was found that there were twenty-seven children of school age in the district, in which there was a large amount of taxable railroad land and property, while the settlers were nearly all homesteaders, and paid very little taxes. So A.D. Williams proposed that $4,000 of bonds be issued, running for only five years, so that the burden would rest largely on the two railroads-most of the land being Union Pacific land-before the settlers would pay much taxes. "Strange to relate there was opposition to the proposition, most of it from people who had a good supply of children and next to no taxes. But the bonds were issued, the house built in 1874, and both the railroads and some of the homesteaders kicked in."

Following from the book History of Nebraska, volume III, by Albert Watkins, Ph. B., pg 711-712, Western Publishing & Engraving Company, Lincoln, Nebraska, 1913
WILLIAMS, REVEREND ALVIN DIGHTON, deceased, late of Kenesaw, Neb., was the first pioneer settler within a radius of six miles of Kenesaw, he having located there in August, 1872. He came from Peru, Neb., where for one year he was president of the state normal, resigning to move to his farm. He came to Peru from Flemington, W. Va., where he had been president of the Free Baptist College, known as the West Virginia College, of which he was the first president, and was also state superintendent of public instruction of West Virginia. He was educated at Whitestown Seminary and Hamilton College, New York, graduating in the class of 1849, and was pastor of the church of Lawrence, Mass., this being the largest congregation of Free Baptists in the state. Throat trouble caused him to resign his pastorship to seek health in the west. For a time he was pastor in Minneapolis, Minn., resigning to become president of the Wasioja Seminary in Dodge county, Minn., but the Civil War broke up his school. He then became president of the Cheshire Academy in Ohio. In 1869 he was a delegate from Minnesota to the first prohibition convention at Chicago. He did not approve of taking the temperance cause into politics and hence did not affiliate with the prohibition party. He was always a republican in politics, and edited the Kenesaw Times, the Lowell Register, and the Hastings Nebraskan, first called the Central Nebraskan. In Minnesota he edited and published the Minnesota Beacon, a Good Templar paper. In Massachusetts he was one of the editors of the Free Baptist Quarterly, also of the Freewill Baptist Review in Minnesota, and was chairman of the Free Baptist church state committee for organizing churches in Nebraska. He was for many years a member of the board of trustees of the insane asylum at Lincoln, Nebraska, and also a member of the Nebraska state board of agriculture and interested and active in the Nebraska state fair. He wrote much for the Nebraska State Journal, and was an active and influential factor in the upbuilding of the state of Nebraska, morally, religiously, and materially. He at one time owned about 800 acres of land near Kenesaw, and received a prize of forty acres of land near Firth for an essay on sheep raising in Nebraska. In the nineties he went from Nebraska to Oakland City, Ind., and raised the money, founded, and became president of the Oakland College of the general Baptist denomination. He gave $10,000 and his library to this school, having worked his own way through college and knowing the value of an education. He was born October 15, 1825, at Springf1eld, Bradford county, Pa., and was the son of Phineas Cromwell and Mary Marilla (Loomis) Williams. The former was born in Connecticut and the latter in Pennsylvania. He was married to Miss Sarah Harn of Frederick county, Md., daughter of John and Charlotte (Hay) Harn. She was a native of Baltimore. Mrs. Williams was a graduate of Cedar Hill Seminary, and taught in this school for some time prior to her marriage. To them were born six children: Cromwell Harn, who died in infancy; Emma Loomis, wife of I. D. Evans, Kenesaw, Neb. (see sketch in this work) ; Mary Harn, of Kenesaw; Minnie, who died at the age of twenty-two, a graduate of the Nebraska State University, class of 1881; Kate, now Mrs. Joseph R. Thrall. Hemet, Cal, and George Thomas, of Denver, Colo. As a boy at home he published the Desert Home Times and later the Kenesaw Times, and has been for over twenty years a worker on the Denver papers. Mrs. Sarah Harn Williams was an active co-worker with her husband in the home and also in religious and social work. She was a member of the Woman Suffrage Association and was in the early days president of the Free Baptist Woman's Mission Society for Nebraska and Kansas. The burden of the pioneer life, the management of their large farm, and the care and education of their children fell largely on her. Her death took place at Kenesaw, February 4, 1901. Her daughter, Mary Harn Williams, of Kenesaw. was educated in the Peru Normal and the Nebraska State University. She was for some years in the office of the Kenesaw Times, and was associated with Mrs. Colby in the organization of the suffrage association and in work on the Tribune at Beatrice, and was for ten years in the government printing office at Washington, D. C. She is corresponding secretary of the local suffrage club, and in 1906 was elected corresponding secretary of the Nebraska Woman Suffrage Association and later a member of the national executive committee. She is a member of the W. C. T. U., and is local correspondent for the Adams County Democrat, of Hastings.

Eliza Williams was born on 27 May 1818 at New York.1 She married Levi Rolfe, son of Samuel Rolfe and Hanah Elison. Eliza Williams died on 9 March 1897 at age 78.1 She was buried at Rolfe Cemetery, Enfield, Tompkins Co., New York.1
Her married name was Rolfe.

Children of George Thomas Williams and Grace A. Barton

WILLIAMS. HAYDEN TREVOR WILLIAMS
THE HARTFORD COURANT
June 6, 1995
WILLIAMS. Hayden Trevor Williams, 85, of South Glastonbury, husband of Virginia (Van Kirk) Williams, died Saturday (June 3) at Salmon Brook Convalescent Home. Born in Granville, N.Y., he was the son of the late Hugh G. Williams and Ellen Ann Owen, and made his home in South Glastonbury for the past 35 years. He attended St. John's College, Annapolis, Md. He sang with the Poultney Welsh Male Chorus. He was in the H.G. Williams Slate Co., N.Y., for many years. He worked in Pratt & Whitney during World War II. He owned and operated Williams Antiques, South Glastonbury, for 35 years. Besides his wife, he is survived by two daughters, Ellen Williams, and Susan Wilton; two sisters, Helen Graham, and Marjorie Morgan; three grandchildren, Scott Wilton and his wife, Kathleen, Carolyn Catizone and her husband, Pietro, and David Wilton; and four great- grandchildren, Rosario, Isabela, and Susan Catizone, and Fauve Wilton. A graveside service will be Thursday, June 8, 11:30 a.m., in Old Church Cemetery, Glastonbury. There are no calling hours. Memorial donations may be made to Salmon Brook Care and Rehabilitation Center, 72 Salmon Brook Drive, Glastonbury, or to the Glastonbury Visiting Nurse Association, 969 Hebron Ave., Glastonbury 06033. Glastonbury Funeral Home has charge of arrangements.2