Zoe Joan Perkins is the daughter of Paul Homer Perkins and Pat (?)1

M, #1547, b. 27 May 1875, d. 21 August 1930
Last Edited=6 Jan 2021
Dr. John Thomas Perry M.D. was born on 27 May 1875 at Greenwood, Franklin Co., Arkansas.1,2 He married Edith Louise McCullough on 17 July 1919. Dr. John Thomas Perry M.D. died on 21 August 1930 at Tulsa, Tulsa Co., Oklahoma, at age 55.1,2 He was buried at Rose Hill Cemetery, Tulsa, Tulsa Co., Oklahoma.2
The following obituary in THE TULSA WORLD newspaper, 22Aug1930, pg 1, col 4.
Dr. J.T. Perry, 55 years old, 811 North Elword avenue, died in a Tulsa hospital yesterday morning of blood poisoning which developed from a minor scratch.
Doctor Perry, a member of the Perry clinic, has been associated with his brother, Dr. M.L. Perry, and his sons, in the medical profession here for a number of years. Born in Greenwood, Ark., Doctor Perry was educated in the schools of Arkansas and obtained his medical degree at the University of Arkansas at Fayetteville. Doctor Perry's brother also entered the medical profession about the same time, and four of Doctor Perry's sons are now either doctors or are studying to enter the medical profession.
Doctor Perry is survived by his widow and five sons; Dr. Daniel Perry of Cushing, Dr. Hugh Perry of Brooklyn, N.Y; Ralph Perry, employee of the Skelly Oil company of Tulsa; James T. Perry, a medical student at the Washington University at St. Louis, and Fred Perry, a medical student at the University of Tulsa. He also is survived by one daughter, Louise Perry, 10 years old, of the old address, and two brothers, Dr. M.L. Perry of Tulsa and Dr. D.H. Perry of Dayton, Ark.
Funeral services will be held at 4 o'clock Saturday afternoon from the First Baptist church, with the Rev. R.J. Bateman officiating. The members of the Masonic lodge, of which organization Doctor Perry was a member, will attend the services in a body and will have charge of the rites at the Rose Hill cemetery, where internment will be made. The Stanley and McCune Undertaking company will have charge of the services. The Reverend Bateman, pastor of the First Baptist church, has been out of the city for several days on a vacation, but members of the church succeeded in locating him yesterday and he wired that he would return to Tulsa in order to have charge of the rites for Doctor Perry. Doctor Perry recently had been named a deacon in the church.

Nancy Louise Perry Harn entered this earth on Christmas Eve 1920 and left on December 6, 2014, just days short of her 94th birthday. She was delivered by her father, Dr. J.T. Perry in the front bedroom of the family home in Tulsa, and then placed in a bassinet next to the Christmas tree as a present to her five big brothers - who ranged in age from ten to twenty.

Nancy, or Louise, as she was known by many, graduated from the University of Oklahoma where she was an active member in Alpha Chi Omega. She married the love of her life, John Robert Harn, raised three kids, worked weekly with youth at Tulsa First Baptist Church, and taught junior high school math for over 25 years. She somehow also found time for hospital volunteer work. Upon her husband's death in 1995 Louise moved to San Antonio and joined Parkhills Baptist Church where she attended regularly until 13 days before her passing.

One of the services celebrating her life was held in San Antonio on December 11, 2014 at Parkhills Baptist Church, and another will be held in Broken Arrow, Okla., at Floral Haven Chapel on Wednesday, December 17, 2014 at 12:30 p.m. In Lieu of flowers, please make 'Gift of Love' contributions in her name to Parkhills Baptist Church, 17747 San Pedro Ave. San Antonio TX. 78232. www.floralhaven.com.4 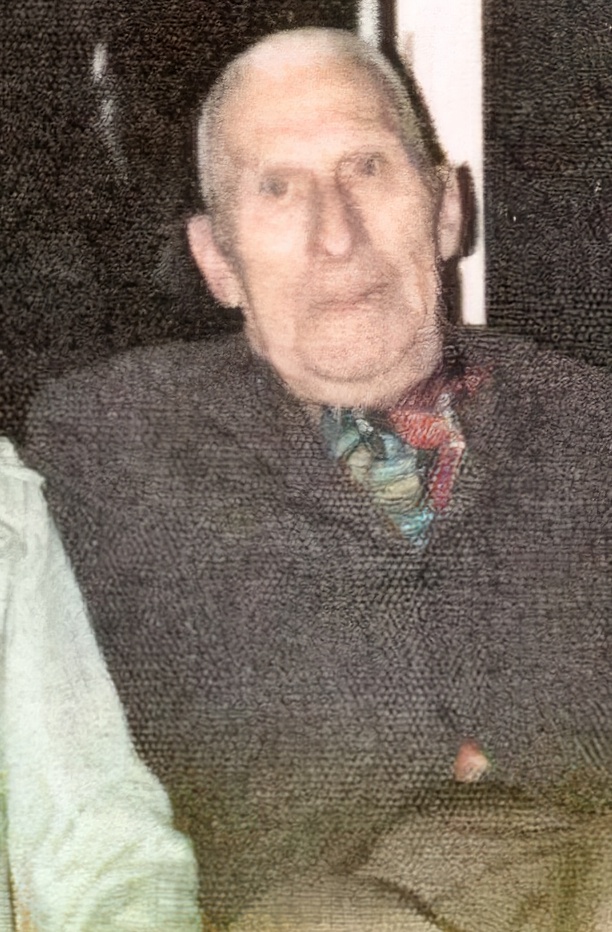 Child of Jennie Marie Peterson and Halmer A. Anderson

Child of Robert Peterson and Betty (?)

Jade Petrunak is the daughter of Brad Petrunak and Mary Joy Harn.