Rosie Mary Nestaval was born on 15 August 1894 at Montgomery, Le Sueur Co., Minnesota.2 She was the daughter of Joseph Nestaval and Anna Factor. Rosie Mary Nestaval married Franklin Thomas Kerr, son of William R. Kerr and Anna McNally, on 15 January 1927 at Cuyahoga Co., Ohio.3,4 Rosie Mary Nestaval died circa 1963 at Stark Co., Ohio.5
Her married name was Kerr. Rose lived near Montgomery in 1916 when sister Anna died. She lived in January 1929 at Wooster, Wayne Co., Ohio.6 She lived in 1946 at Massillon, Stark Co., Ohio. Rose lived in Massillon, Ohio when sister Elizabeth died in 1960. While visiting his parents in Shelby, Ohio, Franklin met Rose Nestaval, whose parents were from Czechoslovakia and were living in Faribault, Minnesota. On 15 January 1927, Rose Nestaval and Franklin Kerr were married in Cleveland, Ohio. Rose (Nestaval) Kerr died in 1961 and, on 4 November 1964 Franklin married her sister, Stella (Nestaval).4

Following received from the Czech Republic State Regional Archives in 1999:


- Jakub and Marie Nestaval had another daughter, Barbora, who gave birth to 2 illegitimate children in 1853 and 1854, in Horni Bukovsko. She later married Matej Kubes. Her record of birth, however, cannot be found in the registers of the parsonage in Zalsi, for the village of Horni Bukovsko, for the period prior to 1836.

Shawna Anne Nestaval is the daughter of Melvin Sisk and Jamie Lynn Nestaval. 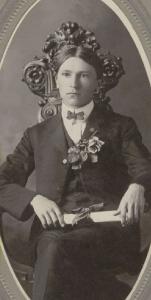 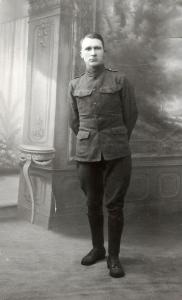 Stephen Nestaval in Army during WWI 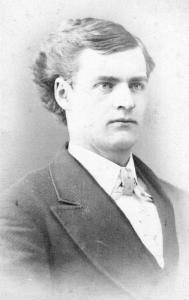 Frank Newell taken in Chicago, Illinois
Frank Newell was born circa 1852 at Indiana. He was the son of Robert C. Newell and Rachel Charlotte Harn.